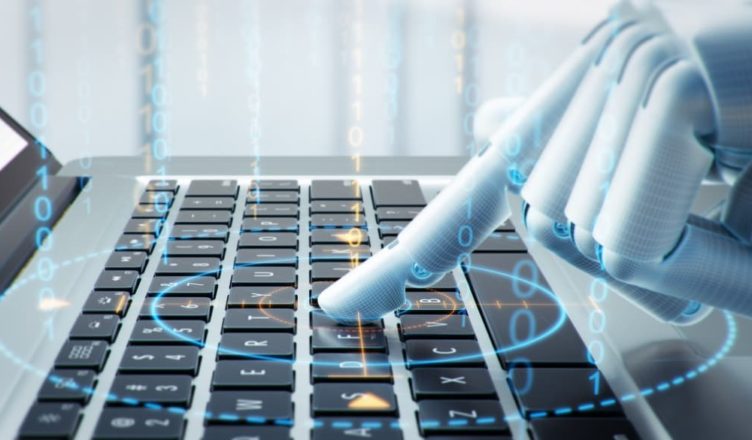 How new and emerging technologies, such as Robotic Process Automation (RPA) and Artificial Intelligence (AI), enable credit management functions to shift from information producer to contributor of company performance.

In an age of constant change the core objectives of credit management have remained unchanged for decades; maintain healthy cash flow, minimise bad debt and reduce exposure to risk.

However, in the eternal race to find better, faster and cheaper ways of working, businesses must constantly improve how they deliver these objectives. The arrival of ERP systems several years ago fuelled and supported the growth of financial systems to deliver such improvements, and it’s the case today with AI to take this to the next level.

There is much debate surrounding AI and it’s a subject that can certainly divide opinion. While some view development with excitement and optimism, others deem it a threat; a dangerous endeavour that will take over the world.

The fact is that we are witnessing a profound transformation that is affecting markets, companies, our world and our own personal lives. Technologists predict that AI will bring about the greatest step-change to the global economy since the last Industrial Revolution. Yet AI, machine learning and robotic automation are already affecting the way we live and do business, and to a far greater extent than we may realise. So, perhaps the future heralds an evolution, rather than an AI revolution?

A brief history of artificial intelligence
The phrase ‘Artificial Intelligence’ was first coined in the 1950’s by John McCarthy, when he held the first academic conference on the subject. But interest in AI and robotics began well before then. Examples of independent-thinking artificial beings have been staples of pop culture for decades — from Mary Shelley’s Frankenstein (1818) to Stanley Kubrick’s 2001: A Space Odyssey (1968) and James Cameron’s The Terminator (1984).

In the 1960’s and 70’s there were steady improvements to AI capabilities. Computers became cheaper, more accessible and had greater computational power (computer storage and processing speed). There were high hopes for AI; it’s commonly cited that in 1970 Marvin Minsky told Life magazine that ‘In from three to eight years we will have a machine with the general intelligence of an average human being’.

This proved optimistic as, nearly half a decade later, human level machine intelligence is still to be realised. But since then machine-learning algorithms have significantly advanced, as the memory and speed of modern computers can retain and process vast amounts of data.

Varying degrees of intelligence
So, whilst the question of whether a computer can truly think remains unknown, a computer’s ability to process logic is undeniable. One technology with roots in the application of programmable logic is RPA.

RPA drives innovation within financial processes by automating repetitive, manually-intensive tasks and workflows. It is particularly effective in automating data entry and processing of invoices, due to its ability to quickly recognise and extract data within structured documents.

Since its introduction in the early 2000’s the RPA market has developed rapidly as businesses explore new ways to apply the technology to processes and workflows in a bid to optimise business performance. By 2022 Gartner research estimates that 85% of large companies will have deployed some form of RPA, and spending is on pace to reach $2.4bn.

RPA isn’t a new concept though, at its core is a pre-defined set of algorithms to allow the automation of high-volume, structured tasks with the goal of increasing efficiency. Exceptions can be managed by ‘teaching’ the software new ways of handling specific circumstances, but it has no in-built intelligence, relying on human input to tell it what action to take.

AI that utilises deep learning is a more complex technology than RPA, but also more powerful in terms of understanding process complexities and discovering the optimal solution required.

Deep learning is learning based on a multi-layered neural network as opposed to task-specific algorithms. For example, with deep learning you can train computers to build algorithms that know how to deal with complex issues or make decisions with an expected outcome in a given situation. It’s AI that makes it possible to develop autonomous cars, automatically detect medical anomalies, or even win a game of chess against a human champion.

Solutions being developed within the area of credit management such as Esker, a worldwide leader in AI-driven process automation and pioneer in cloud computing, will see increasingly improved processes within an organisation. For example, using data available on a specific company (such as that sourced from credit bureaux) and then analysing this in relation to the behaviour of how a specific company has paid its invoices previously (over a set time frame and possibly using other departmental data within the company such as orders or claims) can prove to be very beneficial. Basically, this would allow the most appropriate credit limit to be proposed and recalculated automatically in the future through a deeper learning of the information.

Deep learning also allows Esker’s platform to sort messages received from multiple channels based on the nature of the document (e.g. invoice, order form, spam, etc.) or the language used. Plus, it can open a document to check if it contains one or more invoices and send them to the correct approval workflow – all such non-value-added tasks previously undertaken by finance professionals.
AI and deep learning today are located on the perimeter between research and applications, however their diffusion into the real world will be rapid and profoundly change the nature of back office functions.

Technology’s impact on financial operations
AI automation can transform credit management, increasing the speed and accuracy in which routine tasks can be undertaken allowing real-time visibility with customisable dashboards and built-in KPIs. By freeing up people from low value and repetitive tasks, RPA and AI can lead to increased employee empowerment to focus on strategic accounts to improve customer relationships or generate high-level reporting for more precise decision making. Furthering professional development can also be gained through the opportunity to access a broader skill set.

Credit management therefore gradually shifts from an operational, task-oriented function to one of analysis, management and fraud control. Technology allows financial operations to not only measure performance in real time, but also identify problems or opportunities as they arise and thus become a key player and partner in a company’s strategic development.

Bringing together human and artificial intelligence
Even with the many benefits that RPA and AI can bring, technology does not replace the need for people, because it cannot replicate what are truly human skills. It cannot think creatively or imagine solutions by itself, it cannot apply social or emotional intelligence to a situation.

So, whilst AI and its role in the workplace continues to evolve, the alarm bells are fading as a more balanced view emerges. The robots are coming, but they will bring neither an apocalypse nor a utopia. At Esker we believe intelligent automation is the combination of AI and human intellect – the melding of the best the two have to offer.

Alistair is the Managing Director of Esker Northern Europe