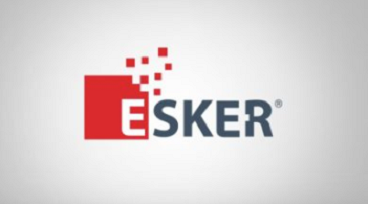 Growth in cloud-based activities
Esker Q3 2018 consolidated sales revenue amounted to 21 million euros, a 16% increase over Q3 2017, based on a constant exchange rate. For the first nine months of 2018, growth at constant exchange rates increased 17% (a 14% increase based on current rates due to the weak U.S. dollar against the euro in the first four months of 2018).

Esker’s activity continues to be driven by cloud-based activities. Revenue from SaaS-based automation solutions increased by 19% over the quarter, representing 87% of the company’s business. This performance reflects the increasingly quicker implementation of numerous contracts signed in previous quarters, as well as the development of Esker’s existing customers.

Record number of new contracts signed
Esker has signed several new contracts that will fuel the company’s growth for the quarters ahead. The cumulative value of the new contracts is up 59% compared to the first nine months of 2017.